You are here: Home

Back in 2012 I did some thermostat tests.

I removed the used thermostat of the CSL and did a comparison to a new one.
The car was experiencing overheating of the water temperature while driving at a racetrack.
The car also experiencing a drop in water temp after a fast run (i.e. highway with 200km/h and then backing off, the water temp would drop... and then after a while will go back to the middle).

I ran a few tests using the traditional method of a an old pot and hot water.

1st test, put boiling water inside.
The new thermostat is on the right on all pics.
It opened faster but also opened wider.
You can see there is a difference of 2mm. 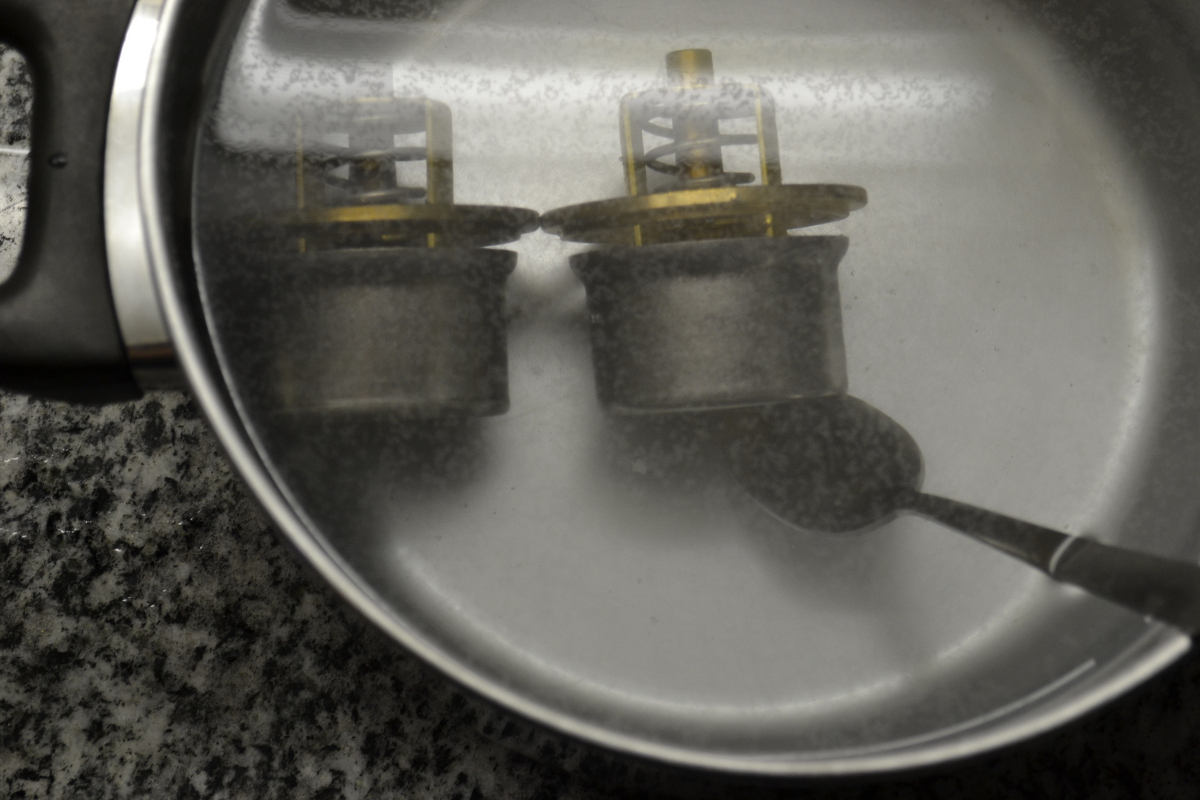 Then I quickly pulled them out for a pic.
Again the difference was significant. 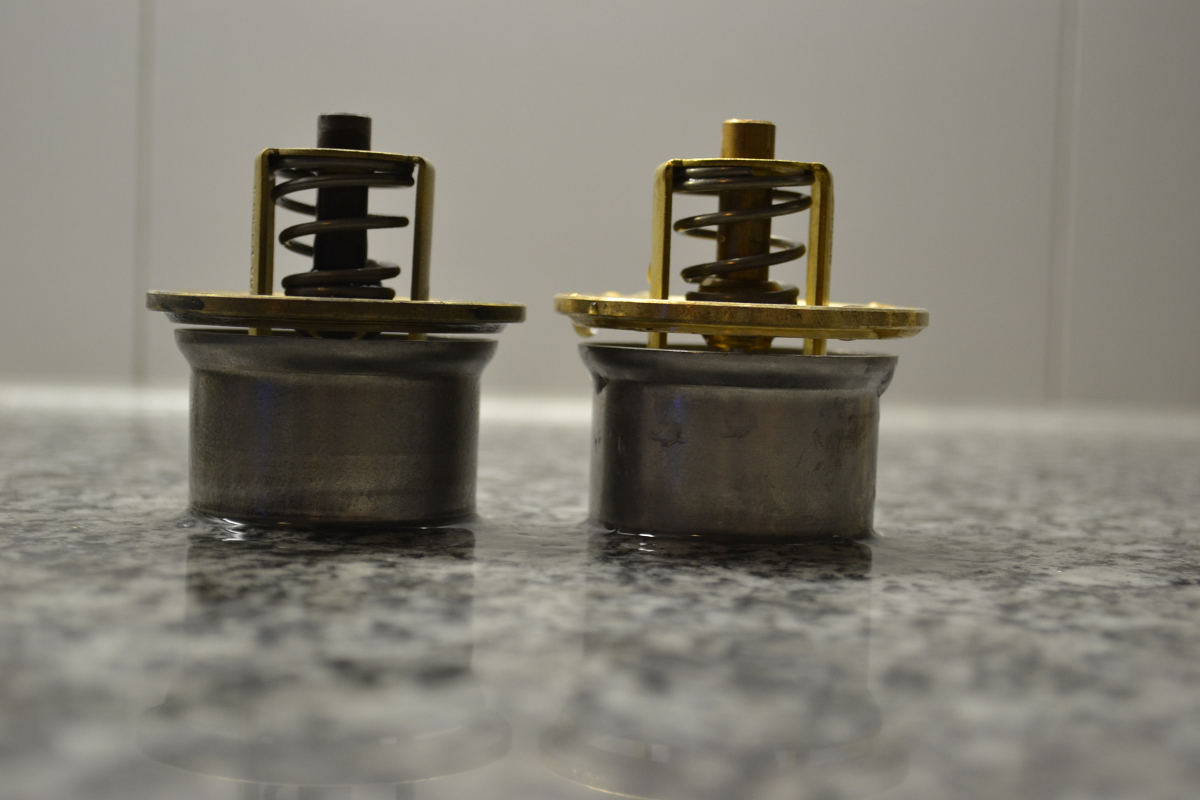 I let them cool down and then did a 2nd test.
The result was similar. 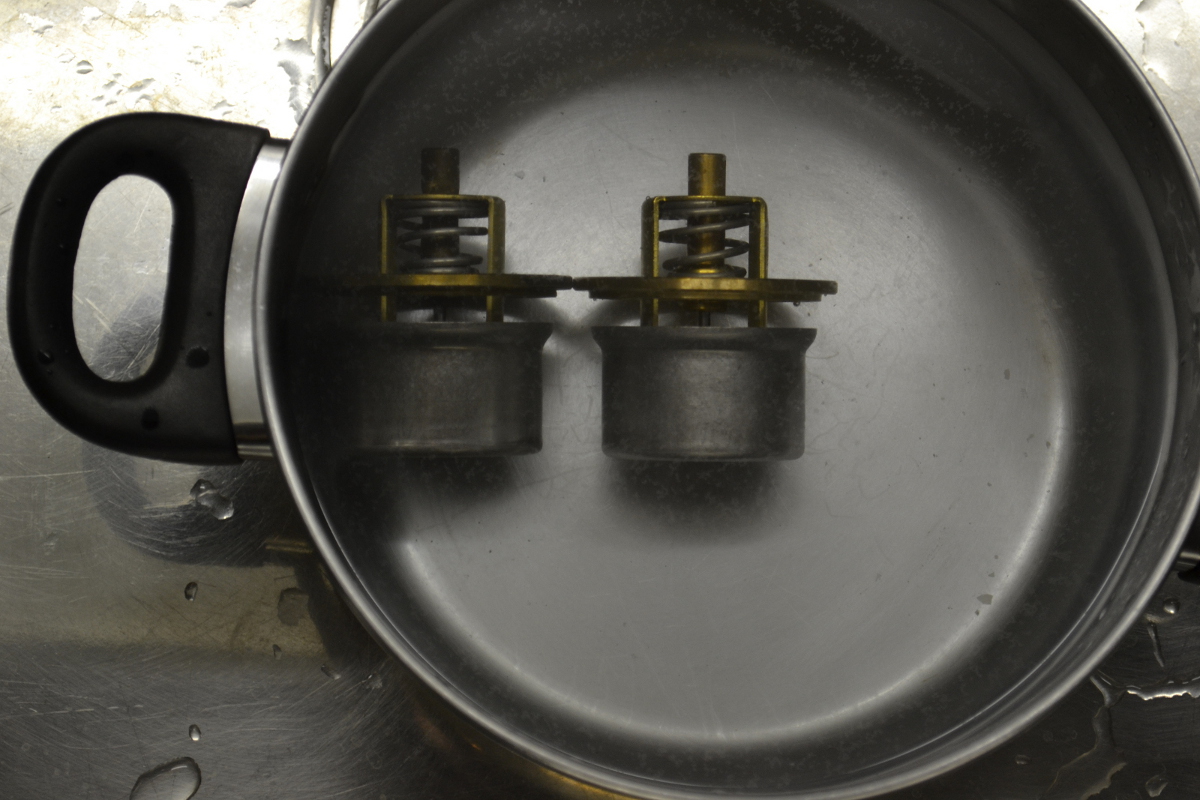 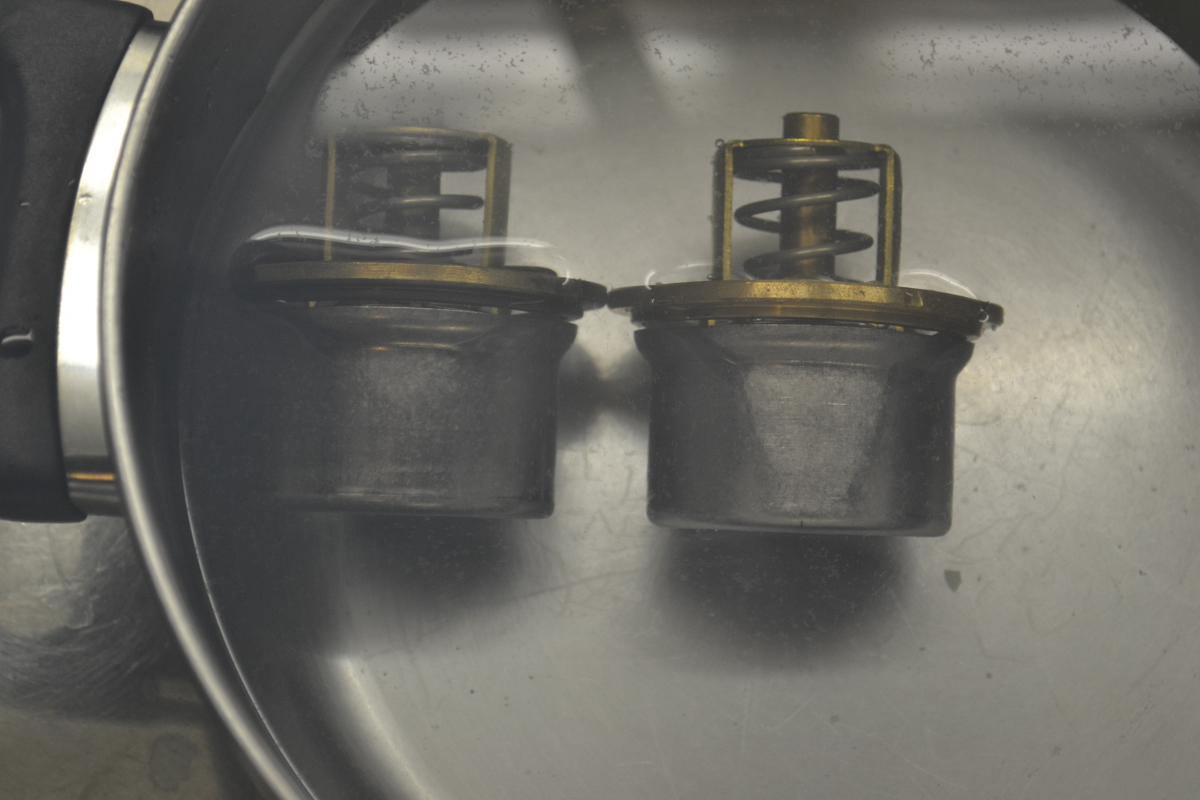 Then in 2014 I had yet another new thermostat and did the same test.

The results were similar. The new thermostat opened faster and a bit wider.
The difference was not so big like the one in the past which I believe has to do with the age of the 'old' thermostat being only 2 years (and probably 10k km).

The new one on the left and the 'old' on the right.
Note the marking on the metal of the 'old' one, like if the tolerance is very tight.

The difference is approximately 1mm (the new one opens wider).

I came to the conclusion that these thermostats have issues when they are older - hence frequent changes are better.